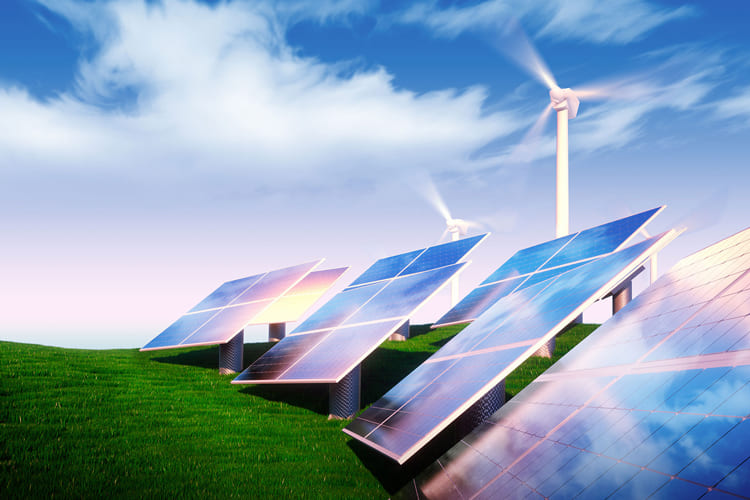 The World Bank in publication RISE (Regulatory Indicators for Sustainable Energy) gives the data on the development of renewable energy for 2018. The issue is about “green zone”- ranking of countries that stimulate the development of the renewable energy (RE) through the state and financial mechanisms. To calculate this indicator should be considered the following issues:

Due to the results of calculations, Asian and European countries are ahead among other by the level of RISE. The first five countries are Germany, UK, Switzerland, India and France. Ukraine is off “green zone”, but is in “yellow zone” by the RISE of 63%. To be in “green zone” RISE should be ≥ 67. The last position take South Sudan, Vanuatu and Somalia.

According to the official data of Bloomberg New Energy Finance, renewable energy in Ukraine and in the world develops very fast. It shows facts and statistics.

2. According to official data of the State agency on energy efficiency and energy saving of Ukraine for the 2018 were launched:

– 25 MW of facilities that operates on biomass and biogas;

4. The volume of renewable energy investments in the world in 2018 is to 332.1 billion U.S. dollars. The amount is large, but it is 8% less than last year. But for the last five years, investments in green energy exceed US 300 billions.

6. The significant changes have affected the solar energy: amount of investments were reduced 24% (US 130.8 billions of dollars). It was reasoned by the costs reduction for producing and installing of photovoltaic panels. Despite this today the world capacities of solar plants are 109 GW (in comparing with 2017 total capacity of all solar plants was 99 GW).

9. The amount of investments for objects that generate energy from biomass and bio gas are increased (US 9.3 billions dollars).

Ukraine successfully develops RE. In the Unified Register of EIA there are registered a few tens of procedures of EIA for wind farms. And approval of the “green” auctions for renewable energy could increase a competitiveness among the producers of energy and attract investments.

Our company provides services of projecting of wind parks, wind farms and carrying out of environmental impact assessment. Particularly, as a member of the Ukrainian Wind Energy Association (UWEA), we are able to attract experienced and qualified specialists of wind energy sector in Ukraine.

Is this information valuable and important for you? Add this article to y