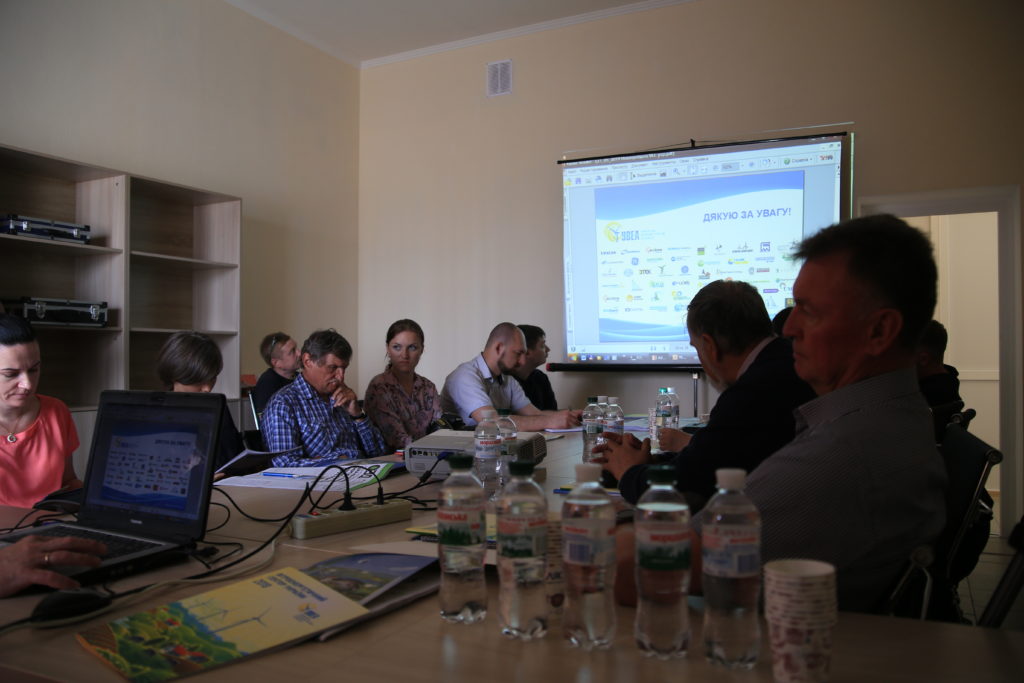 The MCL`s specialists took part in a workshop dedicated to the question of monitoring the impact of wind farms on the environment and, above all, on birds and bats. The working meeting took place on 21 May 2019, on the territory of the Novotroitskaya WF in the Kherson region.

The initiator of the meeting was the Ukrainian Wind Energy Association (UWEA). The event was attended by leading ornithologists, in particular from the I.I. Schmalhausen Institute of Zoology of National Academy of Sciences of Ukraine Institute of Zoology them. Shmalgauzen National Academy of Sciences of Ukraine (NASU), interdepartmental Azov-Black Sea Ornithological Station, Falz-Fein Biosphere Reserve “Askania Nova”, other scientific and research institutions. Actively participated in the discussion of the issues the representatives of developers and consulting companies, employees of the Department of Ecology and Natural Resources of the Kherson Regional State Administration, and public activists.

The participants drew attention to the fact that in Ukraine there are still no fixed in the legislation methodological requirements for monitoring at the stages of design, construction and maintenance of the wind farms. Today, the approaches to ornithological surveys for different wind farms engineering projects vary considerably, which may give rise to comments from state and controlling units and, accordingly, delays in the project implementation.

The participants of the meeting supported the idea to ​​develop a national methodology for monitoring the impact of wind parks on ornithological fauna. At the meeting, it was decided to form a Working Group for the development of recommendations for the introduction of modern technologies for the assessment and monitoring of natural systems in the areas of wind parks.

The Head of MCL Mykola Gerasymenko noted that a significant number of wind park projects in Ukraine are realized at the expense of foreign credit capital. New wind park projects are actively supported by the European Bank for Reconstruction and Development. Foreign investors need confirmation that ornithological survey has been carried out according to a method that is understandable and acceptable to them. Therefore, the development of any national methodology should be based on the best world practices, in particular the so-called Scottish methodology. Qualitative monitoring will only contribute to the development of wind energy in Ukraine, the Head of MCL believes.